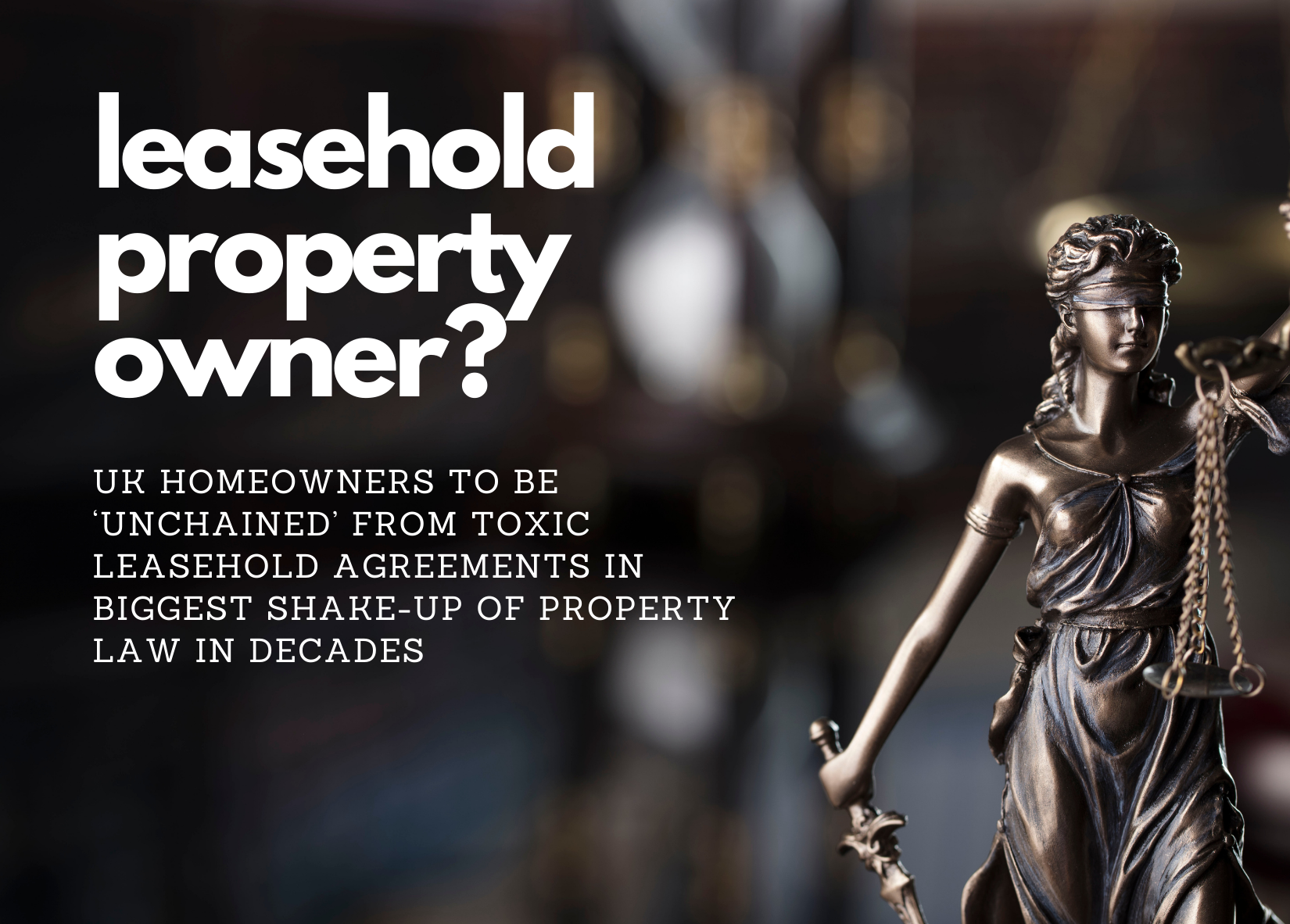 15 Jan 5,917 High Wycombe Homeowners to be ‘Unchained’ From Toxic Leasehold Agreements in Biggest Shake-up of Property Law in Decades

When William the Conqueror invaded our fair shores in 1066, like all good kings, he needed to buy loyalty and raise cash to build his castles and armies. He did this by feudal law system and granted all the faithful nobles and aristocrats with land. In return, the nobles and aristocrats would give the King money and the promise of men for his army (this payment of money and men was called a ‘Fief’ in Latin, which when translated into English it becomes the word ‘Fee’… as in ‘to pay’).

These nobles and aristocrats would then rent the land to peasants in return for more money (making sure they made a profit of course) and the promise to enlist themselves and their peasants into the Kings Army (when requested during times of war). The more entrepreneurial peasants would then ‘sublet’ some of their land to poorer peasants to farm and so on and so forth.

The nobles and aristocrats owned the land, which could be passed on to their family (free from a fee i.e. freehold), while the peasants had the leasehold because, whilst they paid to use the land (i.e. they ‘leased it’ which is French for ‘paid for it’), they could never own it. Thus, Freehold and Leasehold were born (you will be pleased to know that in 1660 the Tenures Abolition Act removed the need of Freeholders to provide Armies for the Crown!).

4.3 million properties in the UK are leasehold

… and 5,917 properties in High Wycombe are leasehold. By definition, even when you have the leasehold, you don’t own the property (the freeholder does). Leasehold simply grants the leaseholder the right to live in a property for 99 to 999 years. Apart from a handful of properties in the USA and Australia, England and Wales are the only countries of the world adhering to this feudal system style tenure. In Europe you own your apartment/flat by using a different type of tenure called Commonhold.

The average price paid for leasehold properties in High Wycombe over the last year is £212,205.

The two biggest issues with leasehold are firstly, as each year goes by and the length of lease dwindles, so does the value of the property (particularly when it gets below 80 years). The second is the payment of ‘ground rent’ – an annual payment to the freeholder.

Looking at the first point on the length of lease, the Government brought in the Leasehold Reform Act 1967, which allowed tenants of such leasehold property to extend their lease by upwards of 50 years. However, this was very expensive and as such only kicked the can down the road for half a century (when the owner would have to negotiate again to extend another 50 years – costing them more money, time and effort).

Ground rents on most older apartments are quite minimal and unobtrusive. The reason it has become an issue recently was the fact some (not all) new homes builders in the last decade started selling houses as leasehold with ground rents. The issue wasn’t the fact the property was sold as leasehold nor that it had a ground rent, it was that the ground rent increased at astronomical rates.

Many High Wycombe homeowners of leasehold houses are presently subject to ground rents that double every 10 years.

That’s okay if the ground rent is £200 a year today, yet by 2121, that would be £204,800 a year in ground rent, meaning the value of their property would almost be worthless in 100 years’ time.  One might say it allows for inflation, yet to give you an example to compare this against, if a High Wycombe leasehold property in 1921 had a ground rent of £200 per annum, and it increased in line with inflation over the last 100 years, today that ground rent would be £9,864 a year.

This is important because the majority of leasehold properties sold in High Wycombe during the last 12 months were apartments, selling for an average price of £212,477.

So, without reforms, the value of these High Wycombe homes will slowly dwindle over the coming decades. That is why the Government reforms announced recently will tackle the problem in two parts.

Firstly, ground rents for new property will effectively stop under new plans to overhaul British Property Law. Under the new regulations, it will be made easier (and cheaper) for leaseholders to buy the freehold of their property and take control by allowing them the right to extend the lease of their property to a maximum term of 990 years with no ground rent.

Secondly, in the summer, the Government will create a working group to prepare the property market for the transition to a different type of tenure. Last summer the Law Commission urged Westminster to adopt and adapt a better system of leasehold ownership – Commonhold. Commonhold rules allow residents in a block of apartments to own their own apartment, whilst jointly owning the land the block is sitting on plus the communal areas with the other apartment owners.

These potential leasehold rule changes will make no difference to those buying and selling second-hand High Wycombe leasehold property.

Yet, if you are buying a brand-new leasehold property, most builders are not selling them with ground rent (although do check with your solicitor). The only people that need to take any action on this now are people who are extending their lease. If you are thinking of extending the lease of your High Wycombe property before you sell to protect its value, your purchaser may prefer to buy on the existing terms and extend under the new (and better) ones later (meaning you lose out).

Like all things – it’s all about talking to your agent and negotiating the best deal for all parties. Should you have any questions or concerns, feel free to pick up the phone, message me or email me and let’s chat things through.